What’s In The Picture:

Whenever I post pictures on Instagram, I always get comments about what are certain things and why I carry them. A lot of folks question the Knipex Pliers, but I say they are better to carry than a Leatherman sometimes. I firmly rather have the actual tool in hand than make do with a “multi-tool”, or jack of all trades, master of none. I’m not knocking a Leatherman or other multi-tool, I have a bunch, I just prefer is possible, a real set of pliers.

I though it would be cool to go into some detail about what are some of my most commonly carried EDC items. The actual gear changes daily, because I am a gear junkie and a nut, but it always consists of the basics; pen, knife, light, small multitool or pocketknife and usually small pliers. I don’t keep all this stuff in my pockets, but use a small EDC pouch from Maxpedition or similar. Even at my worst, you would be hard pressed to find me without a medium folding knife and a Alox Cadet!

The 940 folding knife packs a lot of power without hitting even three ounces of weight. Its manual-open mechanism gives you 3.4 inches of steel to work with, with a thickness of just .115”, and its locking mechanism makes it easy to open and close even with just one hand. Fans of Benchmade know that their products are high quality and also fairly high cost; at a price tag of over $180, the 940 is worth the money for serious campers. Buy On Amazon

The Recon Tanto looks almost like a bulldog with its short snout and abrupt blade tip, but don’t be fooled: the blade length is a full four inches and the handle length is 5 3/8 inches, meaning that it gives you more length and more torque than many other foldable knives on the marketplace. It’s designed for military-grade applications, meaning that its corrosion-resistant CPM-S35VN steel can take a beating and keep on coming. Users say the blade is nearly indestructible, capable of cutting through wood, hide, and soil; the short tip is backed up by the entire length of the blade instead of being centered on the midpoint, meaning that it can pierce with a great deal of force. Buy Now On Amazon

A pen can be a surprisingly valuable tool out in the woods, especially when you have to mark up a map, write down directions, or communicate without speaking. The Retro 51 Tornado pen is much costlier than a simple Bic, but provides much greater durability, and is much better looking to boot. At five inches in length and sporting a .35” diameter, it’s a hefty pen that won’t fall out of your fingers easily. The stainless steel casing is surrounded by a high-gloss lacquer, while the beautiful knurled twist top makes it easy to exchange ink or switch out to a ballpoint. The Tornado comes in several designs; the classic costs just $20, while a higher-end $35 pen made from bamboo supports rainforest conservation. Buy Now On Amazon

One of the great benefits of Knipex pliers and wrenches is how easy it is to modify the size. Rather than loosen and tighten, simply close the jaws over the desired nut or bolt, then hit the button for them to tighten automatically. This makes it not just practical but versatile, since you can use this feature to replace an entire tool chest full of metric and standard-sized pliers. Better still, the pliers are engineered with a very narrow set of jaws so that you can fit them into the tightest of spaces. It also features a pinch guard so that your hands don’t get caught in the squeeze. Made from chrome vanadium steel, Knipex pliers last a very long time. Buy Now On Amazon

Weighing all of half an ounce and coming in at just 1.7 inches, a Lumintop is a great tool for getting about in a dark spot without the bulk and weight of a big flashlight. Their glow light projects 40 lumens, making it about as powerful as a lower-end LED headlamp. It’s not just easy to use but easy to store, since it is magnetic, comes with a belt clip, and can be charged with a micro-USB jack. Its aluminum body is durable but still light, with a knurling design to make it easy to grip and easy to turn on or off. Buy Now On Amazon

The Swiss Army knife is a great example of a design that requires no improvements and the Victorinox cadet knife hasn’t changed much since the company began manufacturing pocketknives in 1897. The black alox model is much less noticeable than the usual burgundy, featuring all the usual tools: main blade, can opener, nail file, screwdriver, and bottle opener. 3.3 inches in length and 1.6 ounces in weight make it small but practical. Read my full Alox Cadet Review here.

Projecting no fewer than 1150 lumens into the night sky — brighter than any standard light bulb — the Olight is the perfect tool when you need to see or need to be seen. It can project its light nearly 450 feet, remaining at full power for nearly four hours straight; its lowest setting can run for some 100 hours. It’s been field-tested against most hazards, furthermore, and is waterproof at up to two meters and drop-proof at up to 1.5 meters. Buy On Amazon

Spyderco is practically a household name in the EDC community, famous for their knife designs that feel unique in your hand. The Dragonfly 2 isn’t a big blade by any standards, coming in at 5.5” and weighing just 1.2 ounces, but what it lacks in size it makes up for in strength. Its ergonomic design may more resemble a trowel than a knife, but it fits easier in the hand to give you more power behind it. The Dragonfly 2’s handle is injection-molded fiberglass nylon polymer, designed to prevent slipping, while its blade has no teeth or serrations and is meant for a direct pierce rather than a sawing motion. Buy On Amazon 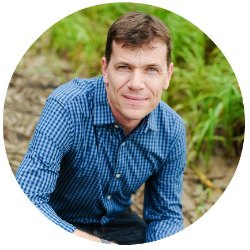 EDC BreakdownA Casio Gshock For #digihumpday
Everyday Carry GearSpyderco Tenacious Vs. Byrd Raven 2
We use cookies on our website to give you the most relevant experience by remembering your preferences and repeat visits. By clicking “Accept”, you consent to the use of ALL the cookies.
Cookie settingsACCEPT
Manage consent