So, you think the perfect garden tool doesn’t exist? Then I have a surprise for you. The Barebones Hori Hori cuts, slices, trims, saws, digs, scoops, and looks good doing it.

Drawing inspiration from traditional Japanese designs—its name translates to “dig dig”—the Barebones Hori Hori combines all the best aspects of a gardening knife and a spade, with a few extra features thrown in. It’s a formidable garden knife that does the jobs of multiple tools in one compact, smartly designed package.

Impressive right out of the box, the Barebones Hori Hori has solid heft to it, and an appearance that calls to mind a survival knife with elements of a hand trowel. The curved hollow-back blade gives it its shovel-like appearance, and the blade has a straight edge on one side and a serrated edge on the other.

The tool feels very comfortable in hand. The edge is not especially sharp, but considering that this is a tool that’s meant to be used as both a knife and a shovel, it doesn’t really need to be. I love the look of it, including the rich finish of the wood handle and the black blade coating, which has a stonewashed look to it.

The Barebones Hori Hori has a 6.75-inch blade, with an overall length of 12 inches. It weighs 0.8 pounds, and has a full tang blade made of heat-treated 4Cr13 stainless steel. The walnut wood handle is held in place by two sturdy steel rivets, and has a lanyard hole with a copper ring accent.

One of the impressive aspects of the Hori Hori’s design is how many features and uses are incorporated into what is, ultimately, a very simple tool. It wouldn’t be inaccurate to call the Barebones Hori Hori a multitool, but there’s nothing contrived or gimmicky about it.

There is also a twine cutter on the straight side of the blade, and it doubles as a bottle opener. It’s a handy feature when you want to indulge in a well-earned cold one after finishing your garden chores.

The blade is curved like a shovel, though it’s not as broad as a typical garden spade. It’s very effective for digging and planting, even in hard soil. The blade is also thick and sturdy enough for heavy-duty tasks like digging and prying roots out of the ground. The Hori Hori also has inch markings on the concave side of the blade up to six inches, which is very useful for planting seeds at a certain depth.

The steel is corrosion-resistant, and also offers high strength and wear resistance. It’s moderately easy to sharpen, so if you want to hone your blade to a sharper edge than it comes with, it’s not too hard to do so using a standard whetstone or puck sharpener. This isn’t a knife that needs to be shaving-sharp to be effective, but I do like to sharpen mine a little better than the factory edge.

I’m a firm believer in having the right tool for the right job. The Barebones Hori Hori is a really excellent gardening knife and tool, but it’s important to understand not just what it is, but also what it’s not.

I say that because it’s not really a knife in the traditional sense. While the Hori Hori can easily do the jobs of multiple garden tools, it can’t replace a good survival knife if you’re planning on using it for bushcraft. I would argue that it’s a little too heavy to constantly carry on your hip (though a matching sheath is available) and its rounded shape and concave blade make it rather unwieldy for bushcraft jobs like feather sticking, batoning and food prep.

But this is a truly outstanding gardening companion. I’ve used it for planting, weeding and harvesting in our home garden throughout the most recent season, and found it useful for a surprising variety of tasks. Thanks in part to the handy inch markings, it might be the best tool ever devised for planting bulbs.

The Barebones Hori Hori is also a perfect tool for anyone who is interested in foraging and gathering wild foods. It’s great for digging up wild onions, harvesting wild mushrooms and picking fruit.

It’s also worth noting that the Hori Hori comes at a very reasonable price. With a little care (i.e. cleaning after each use and oiling the blade periodically) it should last a very long time. I fully expect to be using mine for many years to come. 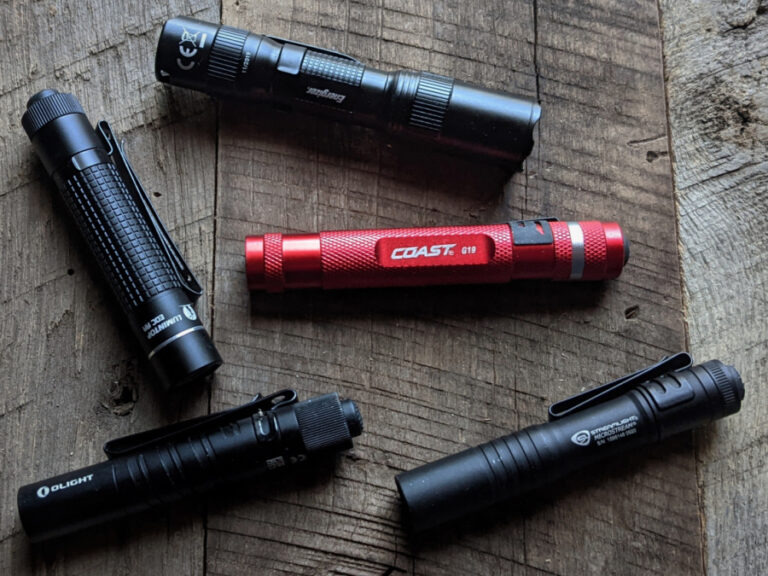 Over the last year, I’ve been on a quest to find the best affordable EDC flashlight. If you’re reading this, I’ll assume you’re on a similar quest.  A good flashlight has always been one of my everyday carry essentials, but there are so many crappy pocket lights on the market that finding a really great… The NedFoss 13” Hatched has impressed me more than most, and for a super affordable piece of equipment, it has a lot of things working in its favor. This is a hatchet that definitely does not suck. 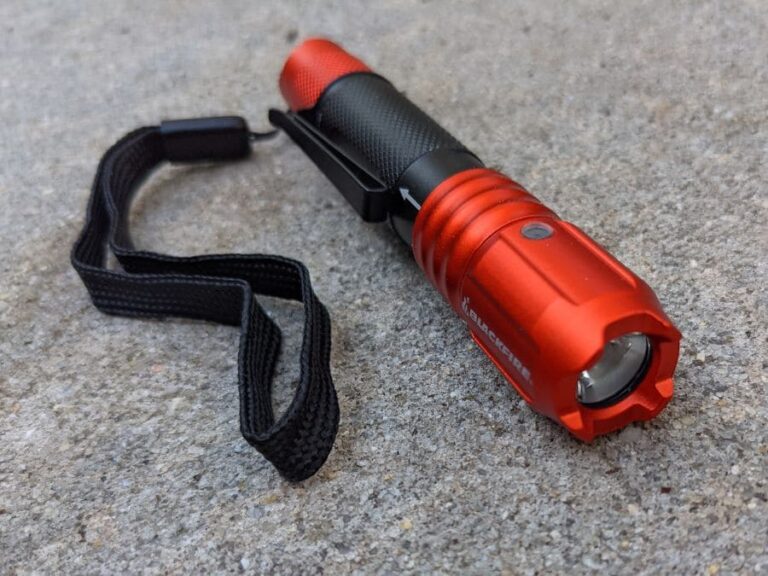 Blackfire is a Texas-based outdoor gear brand owned by Klein Tools, a company that’s been around since 1857. They’re all about creating quality gear that eliminates the need for disposable batteries, and the BBM6411 Rechargeable Flashlight is a light I’ve really been looking forward to testing out.

Don’t you just love it when you buy a cheap piece of junk that turns out not to be so junky after all? Let’s take a look of this cheapest axe on Amazon.