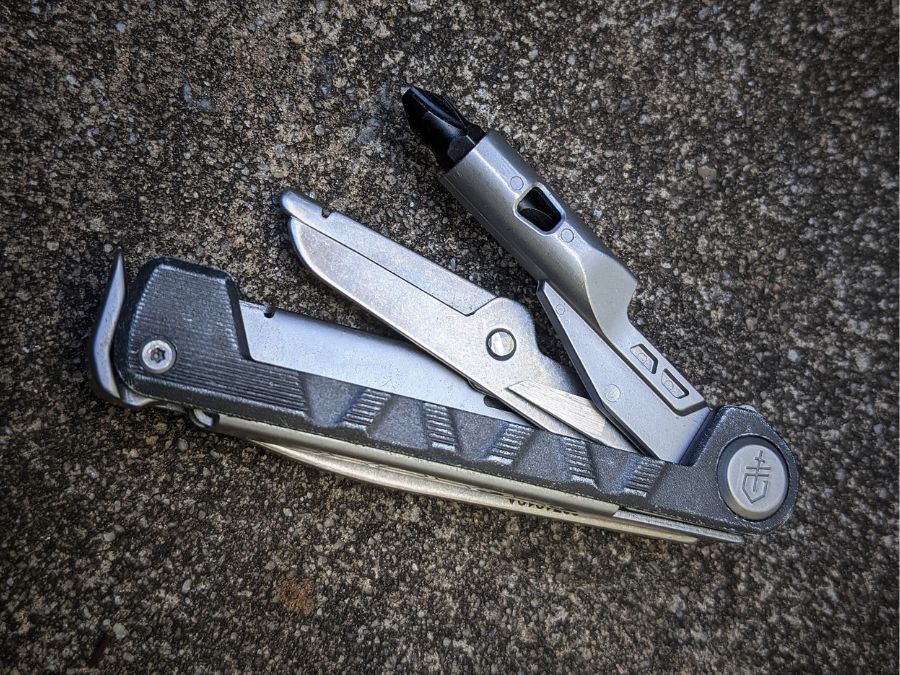 Before I start talking about the Gerber Armbar Drive, I have a confession to make. I have what you might call a complicated relationship with multitools. In the past, I’ve found many of them bulky and inconvenient for everyday carry. Frankly, I like having the right tool for the right job, and multitools, for all their good intentions, are seldom as good as their component parts.

That being said, Gerber has been making some of the better multitools on the market in recent years, and their Armbar Drive multitools appear to have none of the drawbacks that I’m accustomed to seeing. It offers a choice selection of tools in a compact, pocketable frame.

Best of all, the folks at Gerber (in all their wisdom) have eliminated pliers from the equation. I’ve always found using multitool pliers to be a frustrating, and frequently painful, experience. By ditching them, Gerber has created a slimmed-down multitool in which the other features can really shine.

Overview of the Gerber Armbar Drive

The thing that really makes the Gerber Armbar Drive great for EDC is its size. Measuring 3.6” x 0.7” and weighing just 3.1 oz, it’s small and light enough to fit in any pocket, and sturdy enough to feel substantial in your hand. Its corners are all nicely rounded, eliminating the big, blocky feel of many multitools. It’s about the size of an average Swiss army knife.

The body and tools are all made of stainless steel, while the handle is textured anodized aluminum and offers solid grip. The Drive is available in three handle colors; I got burnt orange, which has a satisfying coppery hue.

The Armbar Drive multitool isn’t perfect, as we’ll get into shortly. But it’s a cool design and has quickly become a favorite of mine for EDC. The Gerber Armbar Drive has seven features—eight if you count the Phillips and flathead bits separately—so let’s go through them one by one.

I’ll start with my favorite feature of the Gerber Armbar Drive: the knife blade. A lot of multitools have tiny blades that look like they were added as an afterthought. Not this one. On the Armbar, the knife is essentially the star of the show.

The Armbar Drive has a 2.5” fine-edged drop-point blade. It comes out of the box razor-sharp (which I always appreciate) and clicks securely into place with a frame lock. It’s a sturdy, substantial blade, and its shape gives me the impression that it will be easy to re-sharpen when the time comes. It’s head-and-shoulders above most multitool blades.

You can technically operate the knife one-handed thanks to the thumb hole just below the spine of the blade. Personally, I find that there’s something about the size and shape of this multitool that makes me uneasy about opening it that way (I can easily imagine slipping and taking a good slice out of my thumb) so I’ll most likely be opening it two-handed unless I’m in a situation where I have no other choice.

Ultimately the screwdriver is what puts the “Drive” in the Gerber Armbar Drive. It’s essentially the marquee feature of this multitool, so the big question is, how well does it work? The answer is… pretty well.

To be perfectly honest, the bit driver here represents a missed opportunity. Yes, it’s great to be able to quickly switch the included two-sided bit between Phillips head and flathead. I also appreciate that the bit driver is magnetized, and I love that it takes a standard-sized bit so I can use other bits if I want. The problem is, the bit driver doesn’t lock in place.

By neglecting to put a locking mechanism on the bit driver, the folks at Gerber really missed a chance to take this tool from good to great. As it is, putting too much pressure on the driver while turning a screw can cause it to fold back in on your knuckles, which is NOT fun.

Honestly, this is the only thing I really don’t like about the Gerber Armbar Drive, and considering that the bit driver is the biggest selling point of the tool, I very much wish that they had done something differently here.

Let’s be honest. Multitools never have good scissors. With that in mind, the scissors on the Armbar Drive are better than most, but nothing to write home about. They cut paper, thread, or fishing line just fine, and the spring is “springy” enough to make operation easy. The scissors are perfectly adequate, but I’ll probably use the knife blade for most of my cutting.

Shop On Amazon
Shop On BladeHQ

Okay, now we’ve come to that funny little pointy tool so many multitools have. What is it? It’s an awl! What do you use it for? All kinds of stuff! It took me years to realize how useful this little tool is, and I find myself using the awl on the Gerber Armbar Drive more often than the much-lauded bit driver.

The awl (also known as a reamer) is great for marking wood before making a cut, and for creating a dimple for a nail or screw before driving it in. I find it especially useful for clearing the opening of a hardened-over tube of caulk or wood glue. I imagine it would also be handy for reaming leather, wood, or metal. It’s a cool feature.

Let’s talk about the little doodad at the butt end of the Armbar Drive. It’s three tools in one: a pry bar, a bottle opener, and also a hammer of sorts. It’s an interesting, innovative feature that does all the jobs it’s supposed to do surprisingly well.

To use it as a hammer, grip the tool in your fist and keep the hammer tool in the closed position. The tool’s flat surface is sturdy, and it really does work for driving nails into fairly soft wood like pine. I was genuinely surprised by it. When you click it to the open position, it performs well as a bottle opener, and actually gives you good leverage as a miniature pry bar too.

The Gerber Armbar Drive is a tough, functional and well-made little multitool. It shines brightest when it leans into the simplicity of its design and its pared-down selection of features. It’s small and lightweight enough to fit in your pocket comfortably, which makes it one of the best multitools for EDC.

The Armbar Drive also has one of my favorite knife blades on any multitool I’ve used recently. The only strike against the tool is that its bit driver lacks a locking mechanism. If Gerber introduced a future generation of this tool with a locking bit driver, I would endorse it wholeheartedly. As it is, the Gerber Armbar Drive is still a really good multitool—well worth its affordable price tag—but it’s not without opportunity for improvement.

Read Our Review of the Victorinox Alox Cadet Here Could this be the ultimate folding saw? We are going to find out in out test and review of the Silky Gomboy 240 Quick Overview: The AeroPress Go makes great coffee and is fairly easy to use. If you like a great cup of coffee when camping or traveling then this is for you. French Press and Pour Over are still a lot to deal with on the trail, but the AeroPress is as easy as it is… 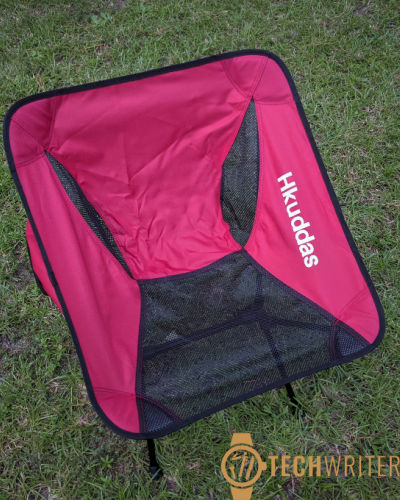 It’s not easy to find a good camping chair. I’ve worn out more of them than I can remember, and I’m here to tell you that most are exactly what they appear to be: cheap junk designed to break after one season.  That being said, there are some diamonds in the rough. In the realm… Quick Overview: The Stanley Pour Over actually makes an awesome cup of coffee, but it’s better for car camping or the cabin as it’s too heavy and bulky for serious backpacking. It’s fairly easy to clean and is built for some abuse. Our Recommendation Pros: Buy The Stanley Pour Over Set Now Cons: I’m always… The Jibbon organizer is a minimalist, anti-scratch key organizer made from genuine Italian leather and marine-grade stainless steel.