The Pack Mule Versatile Double-Sided Tool Roll Bag from Roaring Fire Gear has become one of my go-to tool rolls. It holds a ton of stuff, with handy storage for everything from mini-flashlights and pocket knives right up to machete-and-hatchet-sized tools.

As somebody who has found himself with more tools and gear than he knows what to do with, I can attest to the usefulness of this tool roll. Let’s take a closer look at the Pack Mule!

Roaring Fire Gear makes a wide variety of tactical backpacks, EDC pouches and tool rolls. There’s some pretty cool stuff in their lineup, and the Pack Mule—if I’m not mistaken—is the largest of several tool roll bags they offer.

The pack is 13” wide and unrolls to a length of about 25”. I’ll talk more about the layout and capacity in a bit, but there’s a ton of room in this thing and various ways to organize it. As soon as I opened mine, I was already fantasizing about all the different ways I could stuff this thing full of gear.

For what it’s worth, the Pack Mule weighs just a hair over 2.5 lb., though I’m not really concerned about its weight given that it’s going to be loaded up with some pretty hefty tools.

The Pack Mule is double-sided, which is to say that once unrolled, it has completely separate storage compartments on either side. Both sides are fully zippered, so no matter what you decide to store in it, there’s zero chance of anything slipping out.

One side has 8 storage pockets, 11 elastic loops, and one large zippered pouch. The other side has four large, fully removable zippered pouches that attach to the pack via Velcro pads. Two of the pouches are made out of the same canvas as the pack itself, while the other two have opaque plastic walls so you can somewhat see inside.

The whole thing rolls up in three folds, and clips shut with two adjustable buckle straps that cinch it tight. A fully removable shoulder strap is also included.

This thing is tough. The Pack Mule is made out of 16Ann Canvas, which is a pretty common type of canvas used for packs, rucksacks and the like. It’s very rugged, and resists cuts and abrasions like a champ. It feels like accidentally tearing this pack would be next to impossible.

The straps are reassuringly thick, and the buckles are made of fairly heavy-duty plastic. Of all the components on the Pack Mule Tool Roll, the buckles are the only ones I can reasonably imagine breaking (they’d be easy to replace if so). The flaps zip shut with durable YKK Zippers.

What I really love about the Roaring Fire Pack Mule is that you can use it in about a million different ways. For me, this bag has become my go-to for road trips, and I use it to bring pack tools and emergency gear while traveling.

It’s also a great camping pack (hatchet, folding saw, tent stakes, you name it) and could easily take the place of a backpack if you’re looking for an alternative bug out bag. And of course, anyone who works in a trade like carpentry, masonry, roofing, plumbing or construction will find the Pack Mule adept at keeping all their necessary hand tools in order.

I find that the canvas pockets are just the right size for larger knives and saws (it fits my Gomboy Folding Saw just right) as well as full-size pliers and wrenches. The elastic loops are ideal for pocket knives, multi-tools, and smaller hand tools like screwdrivers.

The removable pouches have countless uses. They’re great for smaller items that might otherwise get lost or make a mess (drill bits, socket wrench attachments) or for pieces of gear you might want to give a little extra protection (flashlights, head lamps, emergency radios). Heck, you can just stuff them full of granola bars. That works too!

The Pack Mule Double-Sided Tool Roll Bag is a handy, durable tool roll that can be useful to just about anyone who owns and regularly uses an assortment of tools and gear. Price wise, it’s neither the cheapest nor the most expensive pack of its kind on the market, but I consider it worth every penny. 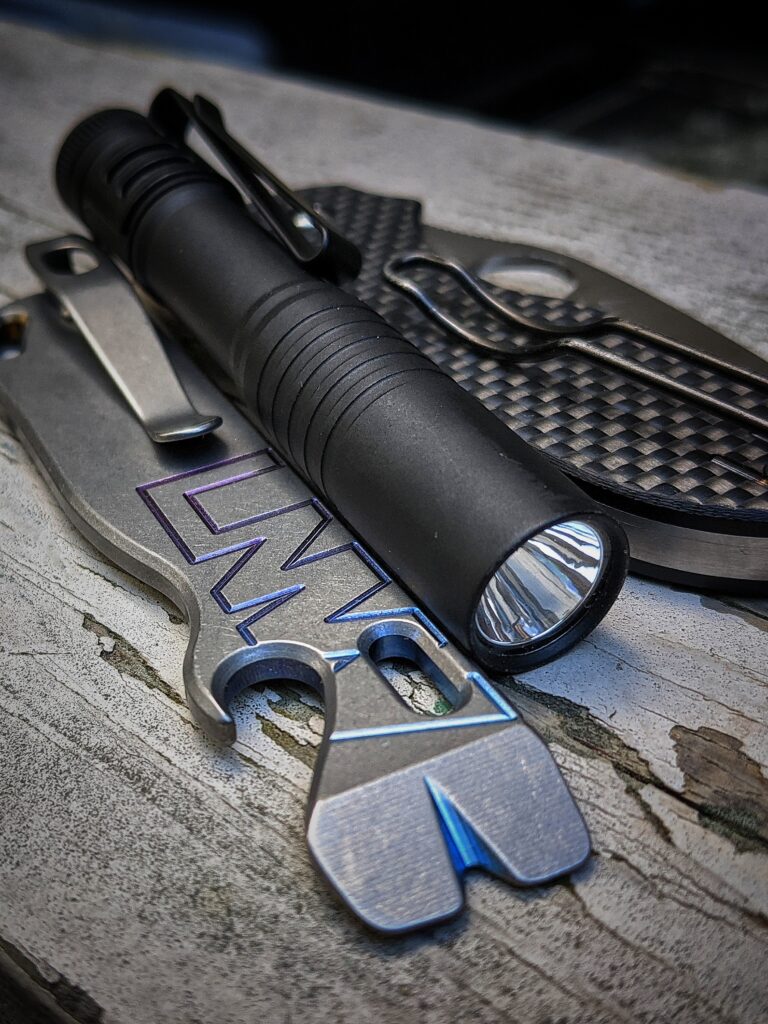 Today I have the great pleasure of telling you about one of my absolute, all-time, hall-of-fame EDC essentials: the Streamlight MicroStream. It’s a flashlight that goes with me practically everywhere I go. Low-cost and effective, the Umarex T4E P2P HDP .50 Caliber Self-Defense CO2 Pistol provides training for a wide variety of shooters, from all experience levels and backgrounds. This CO2 pistol takes advantage of 3 different ammunition types to train for engagement so you can be better prepared for what’s to come. I recently picked up the 6 Liter OEM Tools Fluid Extractor so I could change the oil on my car without having to get out the ramps, climb under it and make a simple oil change into a big production. As every parent quickly learns, once the little ones arrive, the simple act of leaving the house becomes a major operation. You don’t get to just grab your keys and go anymore. You need a whole arsenal of gear to support you and your youngsters as you venture out into the world, and you also…