I am listing out what I think from my own personal experience are the best everyday carry pens you can buy right now.

It’s a rare day that you’ll catch me without a pen. You never know when you’ll need to take notes, jot down a stray thought, or provide my John Hancock.

I won’t go on and on today about why you should always carry a pen. I’ve already done that. But I will say that if you don’t carry a pen, your EDC is incomplete.

In fact, I would argue that you’re better off having two pens handy. You want a cheap one that you can loan out if someone asks for a pen (and you can just assume it will never be returned) and another good pen that’s just for you.

The EDC pens listed below belong firmly in the latter category.

Uni-Ball has been one of the leading names in gel and rollerball pens for decades, and they’re known for making pens that are smooth, consistent, and comfortable to write with. When it comes to EDC, there are pros and cons to a Uni-Ball, but there’s no denying that they’re great for everyday writing.

The Uni-Ball Vision Elite Stick produces a crisp, consistent 0.5mm black line. It glides across the page and is simply a joy to write with. The downside, from an EDC standpoint, is that these pens are a little flimsy compared to models that are designed specifically with everyday carry in mind. The pocket clips pop off pretty easily.

But I love these pens. They’re not always the first thing I choose to pack in a Maxpedition pouch for an emergency, but when I’m at my desk at home and have some thoughts I want to write down, I’ll reach for a Uni-Ball nine times out of ten. They’re great.

The CuPen from Essential Precision Products (EPP) is a beautifully designed pen that really stands out in a crowd. It has a unique bolt-action design that is ruggedly handsome while still being functional and effective.

One of the standout features of the CuPen is that it’s made of a naturally antimicrobial copper alloy, which continuously kills 99.9% of bacteria. That provides some real peace of mind if you’re prone to letting others use your pen. That being said, given the price tag on this guy, the CuPen might not be a pen you’ll want to hand off to a stranger.

The great thing about it is that the CuPen can last a lifetime if you care for it. It’s endlessly refillable with Schmidt Easyflow 9000 M inserts, and each pen is hand-assembled in EPP’s family-owned machine shop in Fort Worth, TX. The only way I can think to improve the CuPen would be to swap out the ballpoint for a gel insert.

Shop On Amazon
Shop On Everyman

The Everyman Grafton Pen is a very popular EDC model. They’re sleek and minimalist, come in a range of colors, and look good in an Instagram photo of your EDC, which no doubt has a lot to do with their popularity.

Personally, I think these pens are solid, if perhaps a little underwhelming. There’s nothing wrong with them per se, but when you consider the price, which is two or three times what many of the pens on this list cost, one can’t help but wonder if they’re worth it. Still, there’s no doubt that the Everyman Pen is effective and durable, with a stylish look and a good amount of weight to it thanks to its anodized aluminum construction.

One thing I really do like about the Grafton is that it’s compatible with a wide variety of refills, including Bic Gel, Uni-Ball Jetstream and Pilot G2 cartridges. So if you want to change it up and find the right ink for you, you can have fun experimenting.

Zebra makes a wide range of pens for all kinds of situations, but they’re best known for rough-and-tumble models like the F-701. It’s about as reliable as an EDC pen gets, and—bonus!—it comes in an affordable two-pack.

There aren’t many tougher pens out there, so if that’s one of your main concerns for EDC, then the Zebra F-701 is a great choice. This is a pen you can back your car over without leaving a dent. It’s all metal inside and out, and heavy-duty stainless steel construction gives it some very solid heft while also making it easy to sanitize.

The downside of the Zebra F-701 is that it can start to feel pretty heavy after extended use, and the basic ballpoint ink cartridge is rather draggy. It’s a great EDC pen and is perfectly adept at quick work like signing forms and jotting notes, but you wouldn’t want to write a term paper with it.

I had no choice but to give Zebra a second spot on this list, because their G-750 pen might just be my favorite option for EDC. It has all the advantages of the Zebra F-701, and none of its drawbacks.

Just like the 701, the G-750 is a tough, reliable writer that takes a lot of punishment and holds up to years of use. And by replacing the basic ballpoint cartridge with a sleek, smooth-rolling gel ink insert, the folks at Zebra may have created the perfect beast. This pen is strong and reliable enough for EDC, and smooth and comfortable enough to write with for extended periods.

The Zebra G-750 has a black brass barrel that makes it lighter than the steel F-701, and the 0.7mm line is just slightly thinner. Just like its predecessor, it has knurling around the forward end of the barrel for grip, and has a sturdy pocket clip to keep it secure wherever you need it to be.

One of the more popular “weatherproof” pens out there, the Rite in the Rain All-Weather Durable Clicker Pen is a solid, if somewhat uninspired, entry into the world of EDC pens. There are things I like about it, and there are things I don’t.

Let’s start with the good stuff. This pen has a pressurized ink tube that doesn’t let water or air inside. That means not only does it write in wet conditions, but also upside down, underwater, and at extreme temperatures. It’s a really great choice if you want a pen to stow away in your survival gear and simply forget about it until the need arises.

The downside is that, for all its advanced features, this pen feels very much like a basic ballpoint. It might be great in an emergency, but it’s not much fun to write with on a day-to-day basis. The standard plastic version of the All Weather Pen also feels a little flimsy, though it does come in a more rugged (and more costly) metal version.

First things first, the Retro 1951 Tornado Rollerball is a beautiful pen. If you’re looking for something that looks good when you post photos of your carefully-curated EDC online, then this certainly fits the bill. But form is worth very little without function, so how does the Tornado stack up?

Turns out, there’s a lot to like about this pen other than its looks. The Retro 1951 Tornado has a knurled twist top, which stands apart from the more typical clicky-top pens. It also has a pleasingly smooth rollerball tip that produces a crisp black line and feels absolutely effortless to write with compared to a clunky ballpoint.

That effortlessness is hindered a little bit by the “tornado” shape of the pen, which is topheavy and can become a bit unwieldy over the course of an extended writing session. Still, it’s a very comfortable tool as long as you’re jotting quick notes and not hand-writing the great American novel.

A Japanese company that has been making pens and art supplies since 1913, Tombow isn’t as well known in the U.S. as some of the other brands on this list. But their Airpress pens have made an impression in EDC circles recently, and they have some interesting features that work in their favor.

The Tombow Airpress 0.7mm Ball Point Pen has a stout shape and a rubber coating, making it easy to grip in all conditions, but also a little awkward to write with. But it’s great for EDC and emergency use, and it has a handy gauge that shows you the ink level.

The Airpress also has a pressurized ink tube, making it able to write upside down and on wet surfaces, which has a lot of advantages as a survival/EDC tool. The look might not be for everyone, but it’s an eye-catching pen for sure, and if you’re like me and can’t resist fooling around with your gadgets, it also has the “fidget factor” going for it. 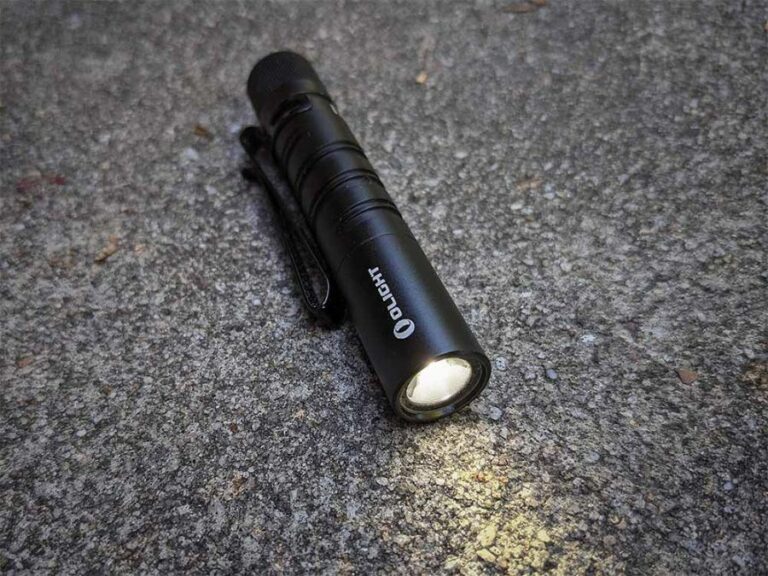 After several months of testing the Olight i3T we can say it’s almost a perfect small EDC flashlight. The LEXIVON V14 is an affordable little hatchet, which was the only excuse I needed to pick one up and try it out. It surprised me in many more ways. Don’t you just love it when you buy a cheap piece of junk that turns out not to be so junky after all? Let’s take a look of this cheapest axe on Amazon.

I’ve been known to bash multitools a little bit in the past. In all fairness, I don’t think multitools are bad by any means; it’s just that you always have to give something up in exchange for convenience. But, the Gerber Gear MP600 is a rugged workhorse that brings some solid functionality to a genre of tools that are too often plagued by useless features. So, you think the perfect garden tool doesn’t exist? Then I have a surprise for you. The Barebones Hori Hori cuts, slices, trims, saws, digs, scoops, and looks good doing it.