This knife could have been so great, but the details just don’t add up.

I picked up the Trivisa Lynx-03B a few weeks ago while I was trolling Amazon for a deal. You just never know what you might find when you are just scrolling around. There has been a huge increase in new brands offering knives and outdoor gear and it can be a challenge to know exactly what you are getting and who is the company behind the product.

I had never heard of the Trivisa brand before and there were just a few YouTube videos about the brand in general. My interest was piqued by the pictures alone, the knife looked pretty cool. I know that’s not usually a good reason to buy a knife, but it certainly helps that it was a looker. In addition, Trivisa also has a decent website. This little bit of digital real estate gave me a little more confidence that they might be legit. However, I know that you can throw up a website in under 30 minutes, so that’s never my only point of judgment.

I also read many of their reviews, on this knife and a few others. There were plenty of accolades and positive notes. However, I am absolutely convinced that most people who left a 5-star review either have not had the knife long enough or didn’t use it for anything other than opening boxes and as a fidget toy. This knife is a real disappointment and, in my opinion, unsafe. I will explain more below.

The Lynx-03B has all the specs one might be looking for in an EDC knife and, at around $110, it’s fairly priced for a S35V.  I purchased the Trivisa Lynx-03B with my own cash.

Initial Impressions Of The Trivisa Lynx 03B

The Trivisa Lynx-03B comes well packaged in a fitted foam liner inside a nice heavy duty cardboard box. There is also a polishing cloth and little fabric pouch to store your knife. That should have been the first sign something was amiss…..why do I need a polishing cloth for an EDC knife?

The fit and finish is nice, the G10 scales are well done, all the bits and pieces feel high quality.  I really like the highlights done in titanium and overall the knife seemed decent. The dual texturing on the handle scales gives it a very modern look and feel along with the integrated pocket clip.

Even though the specs were listed on Amazon, I still was surprised by how bulky and heavy the knife seemed. The overall length is 8.5”, but it has a very wide handle. Front to back the knife is nicely balanced, it just needs to lose some weight and girth.

You can read all the measurements and details on the knife’s product page here, but the basics are this: the Lynx-03B has a S35VN blade that is 3.66” in length, titanium pocket clip and thumb studs, ceramic ball bearings, G10 scales, and weighs in at 4.76 oz.

Out of the box, I liked the knife, but looks don’t count for much if it can’t be backed up and that’s where the problems started to show. When I test out a new knife I really try to give it a fair shot. I run it through a set of cutting tasks as well as make it my daily carry blade for an extended time. By running the knife through a set of standard tasks, you can compare it to other knives much easier and have a good idea of the capabilities of the blade and if there are any weaknesses. There have been many knives that I didn’t initially like that grew on me, and many that I thought were initially awesome but failed to perform well in the real world.

With the Lynx-03B, I actually grew to like it and that’s why it’s a bummer to give it such a bad review. Out of the box I was put off by the size and weight, but the more I carried it, the more I got used to its dimensions and didn’t mind the extra mass as much. The knife has an addictive flipping action on deployment, so it’s a great knife if you like to fidget a lot with your blades.

The Trivisa Lynx-03B Suffered A Lock Failure Twice During Testing

The first sign of problems started when I was really inspecting the overall construction. I am not a liner lock fan and prefer a framelock or other more secure, robust, locking mechanism on my EDC knives. I rarely carry a liner lock knife and don’t trust them as much. That’s why I pay so much attention to the lock-up action on any knife.

The liner lock on the Lynx-03B does not engage all the way when you open the knife. At first, I thought I just didn’t deploy the blade fully, then I thought maybe the knife action needed to be broken in more. However, after ample time, the lock-up is still subpar. In fact, I was able to get the lock to fail two times by hitting the backside of the blade on the edge of the workbench.

I emailed Trivisa about the issue but never received a response. I even identified myself and let them know I was doing a review.  Their lack of a response is beyond disappointing and somewhat surprising because their website states, and I quote, “In order to support all of these high standards and service you, Trivisa knife has an experienced craftsman team.” Yes, I am being sarcastic here.

At this point I was ready to just pack it up and return it, but honestly the knife grew on me the more I carried it. The lock failure happened in the first few hours of using the knife. The liner lock seems too thin compared with the rest of the knife’s construction, like it just wasn’t engineered well enough. On top of the lock seeming under strength, it is extremely easy to disengage; it’s just a very weak design flaw overall.

On one hand, I could not get past the lock failure. But I didn’t even get to all the cutting tests so I decided to hang on to it for a bit. The knife is advertised for outdoor survival, EDC, hunting, fishing, hiking, and camping. Now, I know that’s just their attempt at marketing and keyword optimization, but I did want to see what the knife was capable of.

Another weird thing on this knife is that the pocket clip is not reversible. This was bizarre considering the market today. I don’t mind that it didn’t offer both tip up or tip down options, but for what is supposed to be a premium knife, it is crazy not to have a reversible pocket clip.

Any knife will open a box and something with S35VN should eat through cardboard and a lot of other items you throw at it. The knife seemed to be very sharp out of the box and sliced a piece of paper extremely cleanly. However, in actual use it was rather lackluster.

I don’t believe it should be my responsibility when I buy a new knife to have to sharpen it out of the box; in any initial testing, the factory edge should be ready for use. The Lynx-03B cut all the easy stuff with ease, but when I moved on to harder stuff it struggled. I have a roll of heavy cord from Lowes that I use as a basic test. Every knife I try out I will do 30+ slices of the cord. In the case of the Lynx-03B, it really struggled on the very first cut. In fact, I could only cut 11 sections before I gave up because it was such a pain. The knife also struggled to slice heavy rubber hose. Very rarely does a fresh-out-of-the-box knife fail to cut these two basic items with ease.

I sharpened the blade myself and did another round of testing. The results were much better, but the blade lost its edge very quickly. Honestly, I have not experienced the rapid loss of an edge on any other S35V knife that I can remember. On all the other cutting tasks the knife was average. Cutting nylon webbing, carving wood, sharpening sticks, etc. The knife was OK, nothing to write home about, and definitely a little disappointing considering the price. You could call the knife adequate in the cutting department.

Should You Buy the Trivisa Lynx-03 Pocket Knife?

Obviously the answer here is no; I would pass on this knife.

What is more troubling than the lock failing is that Trivisa didn’t even respond to my emails about the lock issue or respond to my note when I returned the knife to Amazon.

I did give Trivisa another shot for an upcoming post about the best EDC knives under $50 and I picked up a Lynx-04. You will have to read that later to see how it fared. The term “machete” comes from the Spanish word for sledgehammer, and while any machete can make it through bushes and branches, heavy-duty machetes have all the wrecking power of this tool due to their unparalleled size, weight, and power. A heavy duty machete differs from a regular machete in that it’s meant to be more… 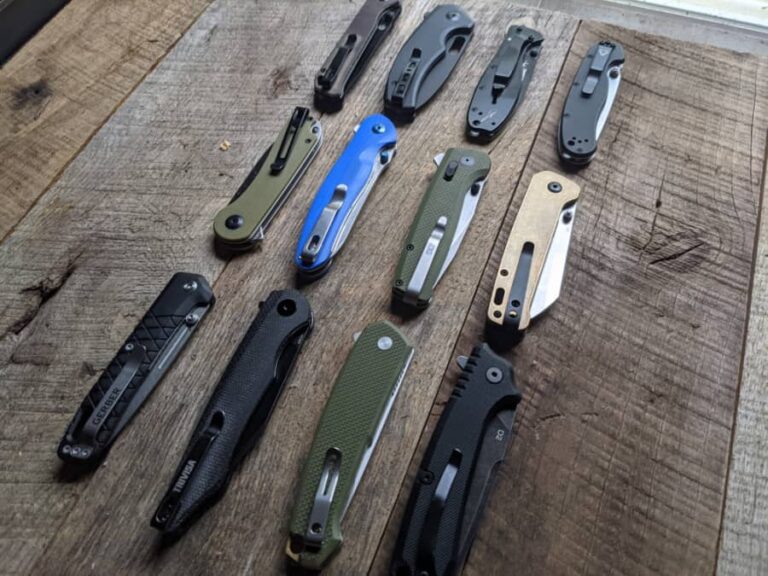 A pocket knife is an interesting purchase, in that it’s both seemingly inconsequential and also extremely important. When you need it, it’s extremely important, and in those moments, having a good quality piece is essential. Whether you’re updating your camping or hunting kit, buying it for everyday use, or picking up your child’s first pocket knife, finding the right seller and item is a big deal. Quick Overview: First and foremost, the Weyland Kukri Machete looks better in person than it does on Amazon. I bought it on a whim to see what you get for $35 and was blown away. For the money it’s a great performer. It even is better than may kukri I’ve tried that cost twice as… 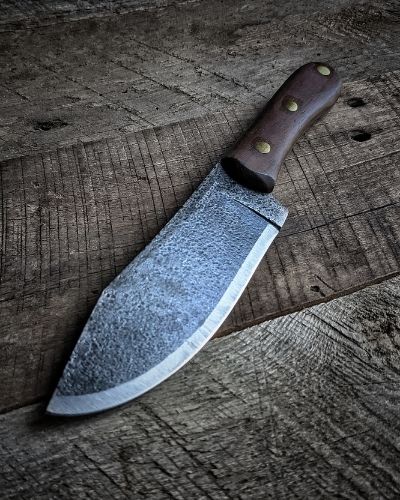