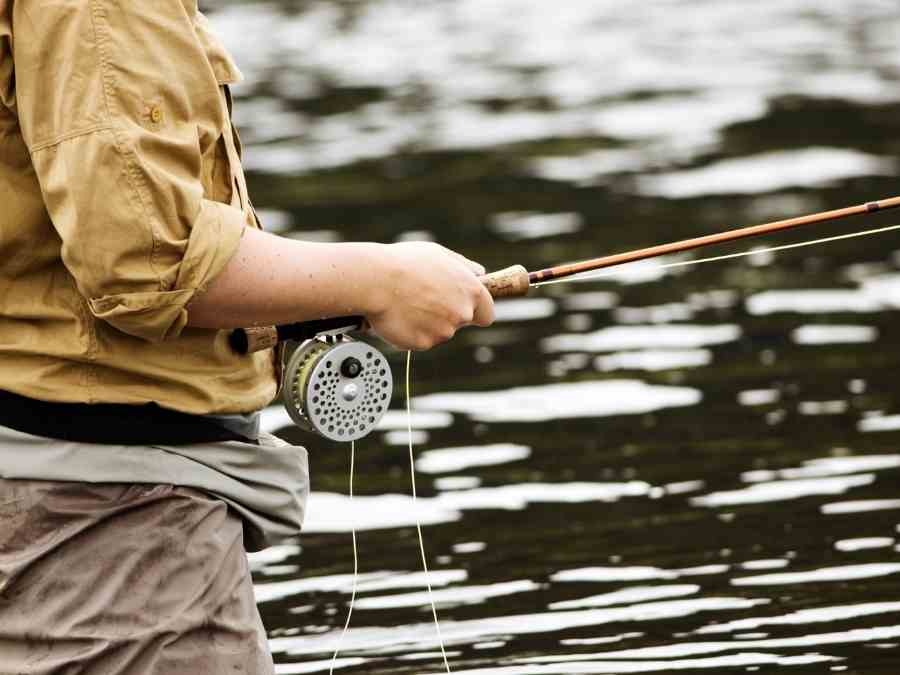 What is fly fishing? Today people catch fish using artificial flies which they cast on a fly line or a fly rod. Using this method makes the fly line heavy enough to send the fly to the target. Flies are made to either sink or float depending on your personal preference. It is all the same principle no matter what type of fly you use: the fly is meant to lure the fish.

Nowadays, flies are made of artificial materials. Originally, flies were made with natural materials. The whole purpose is for the flies to look like local terrestrial and aquatic insects to catch more fish. There have been many different methods used all around the world throughout the ages of fly fishing. Here is a brief story of how the sport has been developing over the years.

Fly fishing dates back to 200AD. The first ever reference to the angling fishing method was by Roman author Claudius Aelianus born in 175AD. Aelianus is believed to have written the first-ever account of the fishing method that utilizes flies.

In his early writing on “The Nature of Animals,” he describes a unique way of fishing supposedly invented by Macedonians. He talks about a specific fish unique to a Macedonian river (the Astraeus) that feeds on flies native to that region. The indeginous people of that region called the fly species Hippouros. The flies look for food over the Astraeus River, never going far away from the fish swimming in the river below. This made it incredibly easy for the fish to jump and catch the flies.

The natives observed this phenomenon and got a brilliant idea to use the flies to catch fish. However, since it’s unclean for Macedonians to touch this specific fly species, they devised a way to fish without handling the flies. They decided to use red wool instead. They fastened the wool around a fishing hook then fixed two small feathers found from the underside of a cock’s wattle. They used a six foot long rod and a line of the same length to catch the fish. After attaching their “fake” flies, they threw the line where the fish were to trick them. It worked, and fly fishing was born

According to Aelianus’s account the first fly fishing flies didn’t try imitating flies exactly since the actual color of the flies found along the Astraeus River was yellow, yet they used red lures. There is speculation that the Hippouros flies found in the region actually change color when flying near the water which would explain the color discrepancy. However, this hasn’t been proven.

However, in his book Fishing from the Earliest Times by William Radcliff (1921) credit for the earliest form of fly fishing with a feather should be given to Marcus Valerius Nartials. An avid fisherman, he wrote 200 years before Claudius the lines, “Who has not seen the scarus rise. Decoyed and killed by fraudulent flies?” (Scaurus being a fish.)

Where It All Started

Who invented fly fishing and the history of fly fishing are debatable topics and have patriotic trains of thought, especially from the historic fly fishing clubs around the world. But sportfishing began in earnest in 15th century England with the publishing of “The Treatyse of Fysshynge wyth an Angle” (1496). Written by a local dignitary, Dame Juliana Barnes of St. Albans (although this is questioned by some historians), this article was one of the first to promote fishing for pleasure instead of food. The publishing of this work is widely considered to be the birth of modern angling.

The modern art of fly dressing can be said to have been given its momentum by Charles Cotton, an English aristocrat (1620-1687) who added a section of fly fishing to the fifth addition of Isaak Walton’s semi-final work The Compleat Angler (1676). Cotton’s significance was as a fly dresser rather than an angler and he studied in great detail the natural flies of his environment and endeavored to make artificial copies.

Further developments were collected and  released in The Art of Angling by Richard Bowlker, in 1747. While “The Treatyse of Fysshynge wyth an Angle” is considered the birth of modern sportfishing, The Art of Angling marks the start of modern fly fishing technique including dressing flies for certain species and specialized casting techniques for different situations.

The 18th and 19th centuries saw much progress towards modern fly fishing with Spanish silk gut replacing horsehair for leaders and lines, the development of reels, the appearance of guides on rods, and the tapering of lines.

Fly fishing continued evolving, mostly in the United Kingdom, with the emergence of angling clubs, several new books on technique and how to tie flies, and new methods for fishing thanks to the weeds that grew close to many British riverbanks. The Victorian era of fly fishing is also the era fly fishing jumped from a practical way to haul in dinner to an art form.

In the 19th century, fly fishing caught on in America. Immigrants, pioneers, and settlers adopted the sport and democratized it. No longer the exclusive purview of the genteel, it was often subsistence fishing; ‘catch and eat’ overruled today’s ‘catch and release’ ethic. At first, most of the fishing tackle was imported from England, but following the application of American ingenuity, small-scale home-based industries sprung up to supply the needs. The first fishing clubs were organized about this time.

The United States had less rigid attitudes towards fly fishing methods compared to England. Both dry and wet fly fishing were adapted. American anglers, like Theodore Gordon, started using fly tackle to catch trout fish in rich streams like the Beaverkill River and Willomec Creek in New York (considered the birthplace of American fly fishing). Many American fly anglers developed new fly patterns and documented them intensively, which popularized fly fishing in the U.S. as a sport.

Fly rods originated from long sticks with the same length line. It was only in the 18th century that fly rods started to get guides on them because fly lines began to get longer and lighter and were attached to the reel and not the rod tip.

Jointed rods and hollowed out fly rods made them lighter and more user friendly; the concept of joining wood together to build a strong flexible rod was born. This led to the first recorded split cane rod made by violinist Samuel Phillips in 1845. This would change the fly fishing game forever.

The introduction to new resin advancements and understandings led to fiberglass fly rods in the 1940s. The use of graphite to make fly rods came in 1973.

The earliest reels used in England were Nottingham reels and had no gears or anything fancy. The reel merely held the line. Reels progressed from brass, to wood, hand rubber and nickel silver, and finally to today’s lightweight magnesium or aluminum.

The advancement of fly lines has been the most progressive, starting from joined horsehair to Spanish silk thread to modern synthetic lines.

Fly fishing has slowly grown over hundreds of years from practicality, to fascination, to its modern status as a soul-pleasing hobby that can lead to some good meals too. Fly fishing has become a popular way to escape reality for a few hours or days and to connect with the natural beauty of the outdoors.

The Next Step in Fly Fishing’s Evolution

Where does fly fishing go from here? If recent trends are a good barometer, the evolution in fly fishing is moving into more urban environments.

One of the biggest obstacles to fly fishing’s growth is access to fly fishing destinations and equipment, but thanks to online ordering and the development of urban green spaces, fly fishing is more accessible than ever before. No matter where you live you can order the world’s best fly fishing gear and have it shipped directly to your doorstep. A great fish hole might be only a few miles away compared to a few hours away.

If you’ve held off trying fly fishing because you can’t take a couple of days off to drive to a spot, try searching “Your city” followed by “urban fly fishing” and you’ll be surprised how many fly fishing opportunities are closer than you think. Many fly fishing shops near urban hot spots offer lessons and equipment rentals to get you on the water right away.

It’s hard to pin an exact date when fly fishing was born, but it’s estimated our angling ancestors have been using flies for hundreds of years to reel in their catch. Fly fishing is evolving everyday but since before recorded history it’s always been about a line and scoring a big fish for food or fun. When someone says fly fishing is a timeless hobby, they aren’t joking. Don’t waste your money on pre-made survival fishing kits, make your own!

When we start waxing poetic about gear that’s been around since we were kids. We’re imagining something that looks a lot like the Zebco 33. Fly fishing isn’t as inaccessible as it often appears to be. But if you’re interested in fly fishing, then this might be the perfect combo you’re looking for. The Best Glide ASE Survival Fishing Kit is one of the most popular emergency fishing kits on the market. Take a closer look on how well it really works. For anglers of a certain generation—several generations, really—the Zebco 33 isn’t just a fishing reel, it’s the fishing reel. Though it’s been widely imitated over the years, it remains the original, iconic spincast reel.