Having Owned The Kershaw Camp 10 For Over Two Years, I thought it Was Time to Finally Write a Long Term Review!

Measuring 16 inches from point to pommel and tipping the scales at 1 lb 8 oz, the Kershaw Camp 10 Fixed Blade Camp Knife is a tool made for heavy-duty use. It’s an able camping companion and, for around $50, a pretty amazing value.

This is a knife that I’ve found countless uses for since it arrived at my doorstep. And yes, I’m going to continue calling it a knife. Even though it’s definitely a machete.

Let’s start by talking about the blade.

The Camp 10 has a 10-inch full-tang blade. All joking aside, despite its generous proportions, the shape of the blade is more knife-like than machete-like, with a drop-point design that one doesn’t commonly see on a blade this size. But this shape compliments the recurved cutting edge nicely.

The blade has a black powder-coat finish and flat saber grind. Mine came nice and sharp right out of the box. It’s made of 65Mn steel, which is a Chinese steel that has fairly high carbon content as well as some manganese. It’s not the most high-end steel available, but it’s pretty good. More importantly, it suits this type of blade very well, giving it a bit of flexibility that makes it harder to break under heavy use. The only downside is that it doesn’t hold an edge as well as top grade steel, but realistically any blade you use to cut through trees is going to need a resharpening now and then.

Just shy of 5mm (0.192 inches) thick at the spine, the Kershaw Camp 10 has the heft to get through tough pieces of wood, and just enough give that it can do so without snapping. I’ll get into specifics of what I’ve used this knife for shortly, but suffice to say it has an optimum balance of strength and flex.

Read Our Review of the Condor Atrox Here

Of course, a knife is only as good as its handle.

In the case of the Kershaw Camp 10, I was pleasantly surprised by how comfortable the handle is. It fills the hand nicely and makes this knife easy to use despite its heft.

The handle itself is made of glass-filled nylon, with a non-slip rubber overmold. The former offers excellent strength and impact-resistance—very important when you’re cutting through a tough piece of wood—while the latter provides outstanding grip. The checkered Kraton rubber of the grip truly feels as though it locks itself into your palm even when conditions are wet.

The Camp 10 also has a slight hawksbill shape to the pommel, and the quillons integrated into the fore of the handle not only serve as hand guards, but also give your thumb a place to rest for extra grip and control. The whole thing is really artfully designed, with front and rear lanyard holes as well.

If there’s a weak link to the Kershaw Camp 10, it’s the sheath.

I won’t say the sheath that comes with the Camp Knife is bad, but there’s certainly room for improvement. It’s made of hard glass-filled nylon very similar to the handle material, and has several soft-woven nylon gear straps and lashing points.

The materials are solid, but the design of the sheath leaves something to be desired. The retention strap intended to keep the blade in place doesn’t secure tight enough to prevent it from moving, and you can hear the blade audibly rattling around inside the sheath with every movement.
When worn in the traditional fashion, there’s only one fairly thin Velcro loop keeping the sheath connected to your belt. With a smaller knife, that wouldn’t be an issue. But given the Kershaw’s weight, it can be an awkward carry, and ultimately I wouldn’t want to have to wear this thing around for an extended period of time.

But enough complaining. At the end of the day, I can find no fault with the Kershaw Camp 10 other than the sheath. When you really consider the price tag on this blade, you’re truly getting a lot of knife for your money, not just in terms of quantity, but quality too.

With that in mind, what does one actually use the Kershaw Camp Knife for?

So many things. If you’re someone who works or plays in the outdoors, this thing has endless utility. This knife seems to have found a devoted following among landscapers, trail maintenance crews, and bushcraft enthusiasts, and I can completely see why.

I put the Camp 10 to use clearing brush and cutting down some woody climbing vines right away, and it excelled well beyond my expectations. The blade is fully capable of cutting through wrist-thick branches with one or two good blows.

The curve and weight of the blade give this knife some real cutting power, and the handle cushions the impact so you don’t feel it rattling all the way up to your shoulder. The saber grind also helps the blade bite into wood easily, while also being easy to pull out again without sticking. I love the way each aspect of the design works together to make the whole knife more functional.

The Kershaw Camp 10 is Worth Every Penny

After testing the Camp 10 on thinner brush and branches, I decided to have a go at some heavier stuff. The blade made short work of 6-inch diameter logs, easily chopping through using a series of cuts to create a V-shaped notch, similar to felling a tree with an axe.

For me, batoning firewood was the final test, and one I was a little nervous about. I’ve broken plenty of knives splitting logs (though I’ll admit, mostly they were knives that had no business being used that way). In any case, the Camp 10 proved more than capable, splitting through smaller pieces of softwood in a single swipe like a hatchet, and driving through thicker logs using a sturdy stick to strike the knife’s spine. The only casualties were the logs themselves.

I do notice that after splitting just a few pieces of wood, the blade’s black powder-coat has started to come off in small areas. I don’t consider that a huge issue. Any similarly coated blade will start to show some wear. But it’s worth noting that the steel underneath may start to rust in the bare spots, so some care is required, as with any carbon steel blade.

The last thing I’ll say about this knife—or machete, call it what you will—is that I can’t recommend it enough. It’s a tool that campers and outdoorsmen of all kinds can likely get a lot of use out of. It’s a beast.

I can’t think of a better blade in its price range for landscaping, preparing firewood, and various bushcraft chores. The only thing that makes it less than perfect, for me, is the sheath. But when it comes down to it, that isn’t enough to hold the Camp 10 back. 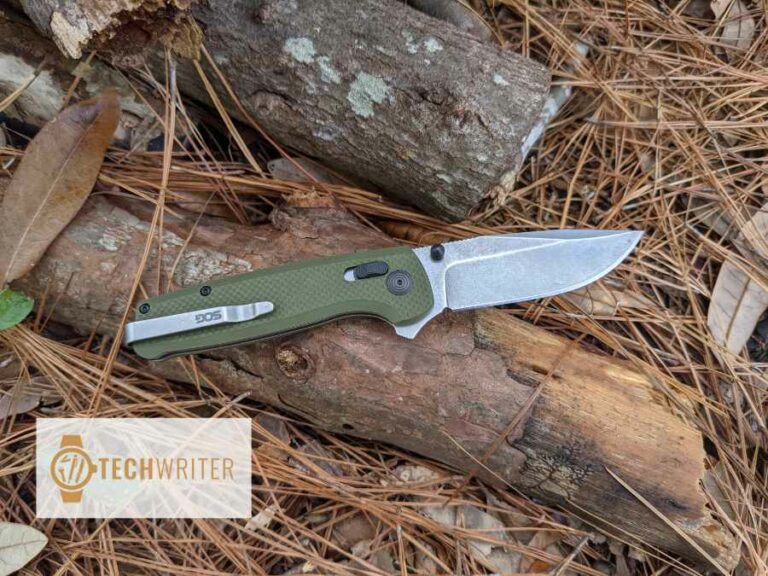 The newish knife from SOG, the Terminus XR is up today for review. It’s another ho-hum folding knife to come out recently, and I grabbed it off of Amazon after seeing a few YouTube reviews. It got more favorable reviews than I’m about to give it, but all in all, it’s not too bad for around $50 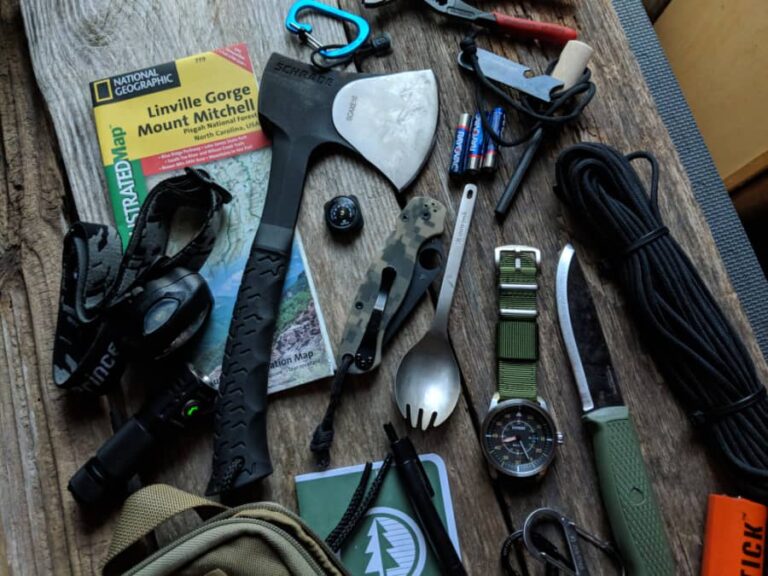 Today we field test the Schrade Priscilla Brush Sword. What can this machete from Schrade do in the woods? So, you have $50 burning a hole in your pocket and you want a new EDC knife? Well, $50 is the new $100, but your cash doesn’t go nearly as far as it used to. However, I was able to find several gems and solid folders that are worth your hard-earned cash.